I took a lot of sky and moon pics over the last year or so.  I doubt I have them all represented here, as you can see by the dates my once intense passion for this subject is waning.  However, I still love to stop and take a moment to reflect in the majesty of  an interesting cloud and light filled sky, or the wonder and beauty provided by the moon.   I tossed in a good sky song and a good moon song for your listening pleasure. Enjoy. 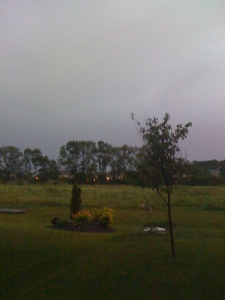 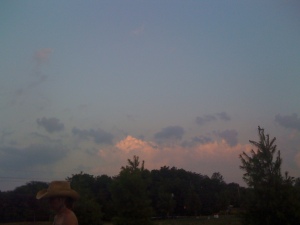 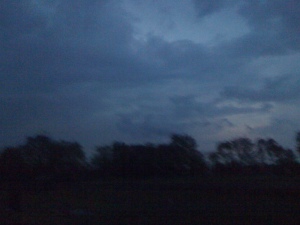 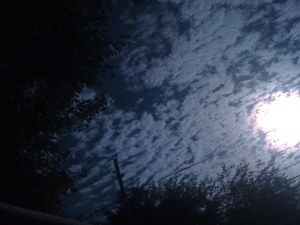 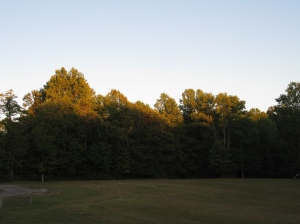 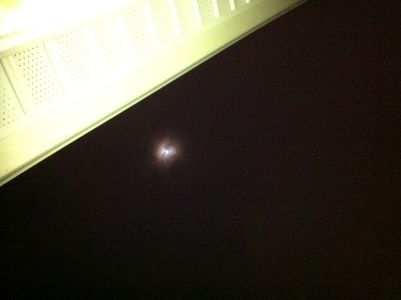 Out to the sunset, back to the moonrise- 7 weeks till race time 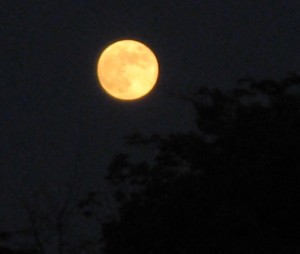 This week I logged 15 run miles.  The most since training for the 13.1 in early May.

2.75 last night-unplanned, but much needed and followed by a VERY cold beer

I know I’ve said before that running is good for you mentally. I don’t think I can stress enough how much this is true.  I have found that a  a run can erase up to 50%  of the impact of the stresses in my life and the help me process all of the items competing for my attention and time in my head.   I’ve worked out many a seemingly impossible conundrum in my head on a run.   Running takes me from  stressed, worked up or over analyzing whatever to calm, strong and centered.  If I’m happy running makes me happier. There is really no such thing as a bad run, there just isn’t. Even the runs that my body won’t cooperate for, or my mind lets negative thoughts in the weather doesn’t cooperate all serve to make me stronger.   It makes me a better mother, a better wife and a better friend.

I kicked it into gear this week for several reasons.  For starters I have a 13.1 race in 7 short weeks and  though I’ve signed up for the race itself and the training program, I hadn’t yet started to take training seriously.   This week that changed.  A neighbor friend is also running the race and invited me to her 5 mile training run/walk on Sunday.   She runs/walks in intervals 3 min run and walks 5 min.  I felt I would rather just run the whole thing and get it over with, but it wasn’t my party and It’s not like I was going to get  through all 5 miles without having to walk at all.     I tell so many people what to do and problem solve for them all week at work  and home with the kids that sometimes I just prefer to put myself in the back seat and go with the flow.    I have run a handful of times since  May, and since then in my state the heat and humidity has descended.  The sun is hot and unrelenting and the air  is so thick here  some days it  almost has to be chewed before breathing it in.   I have heard lots and lots about this this interval timed run/walk approach. I’ve seen it in the sling shotting back and forth of passing and then being passed by other runners in my pace group of races.   But I hadn’t yet tried it.  And I have to tell you after I did I think I kind of like it.

We did the 5 miles on Sunday night and started at about 8:30 ish.  Which means we were running to both the sunset and the moon rise.  I trained a lot at dusk/dark for the Mini and the seeing the moon big and full is a thing for me.  It’s so awesome to head out to sunset and back to moon rise. Especially when the moon is so big and full like it has been this week.   She is a few weeks ahead of me in her training and by far the better athlete of the two of us.   She kept us on tack for the intervals and as we talked and ran and walked the miles and time went by quite quickly.     I liked knowing that I could push myself as hard as I liked for just 3 minutes. I liked knowing it was going to be OK to walk and that I knew when I’d stop walking and start running again.  It removed the internal head battle I often get if my body won’t do what my mind and spirit wants it to.   We did pretty well pace wise with that approach and on Wednesday when we ran again at night our pace got better.   Whenever I am struggling on a run I simply like to remind myself that as long as I keep moving forward I will never be weaker than I am right in this moment.  As we continue to train in this heat and humidity we will get stronger, our pace will increase, our bodies will chew through that thick air faster and spit it out in breath that can propel us in sprints for 3 minutes at a time.   Quitting smoking has also helped b/c I no longer have to spit up nasty ash laden hockers on the side of the road.  Pretty, I know…

Today is a rest day, which will culminate in getting very dressed up, putting on high heels drinking Vodka and dancing.  Then on Sunday we will do 6 more, out and back to the sunset and the moonrise, one mile at a time.